When Melissa Neacato and her husband were about to get married, they met with a premarital couples counselor. During the sessions, one conversation popped up about their money goals, and how they ultimately planned to tackle their finances.

Neacato mentioned that one of her top priorities was to pay off their debt. At that point, they were already separately working on paying off their individual debt. “I initially wanted to pay off my debt on my own,” says Neacato, who now lives in Ann Arbor, Michigan, and is a speaker and author of TravelingWallet. “It was definitely a pride thing.” The counselor suggested that the couple work as a team.

Between the two of them, they owed roughly $106,000 in car and student loans. By joining forces, Neacato and her husband managed to knock out more than $100,000 of debt in three and a half years while living in Southern California.

Tackling debt with your partner could seem ideal—you’d have support, and perhaps more resources. But it may also enter tricky territory. There is that old-as-time adage that money is the primary source of disagreements. If you’re partnered and would like to pay off your debt as a pair, here are a handful of tips on how you can go about it.

Start talking about your values and goals 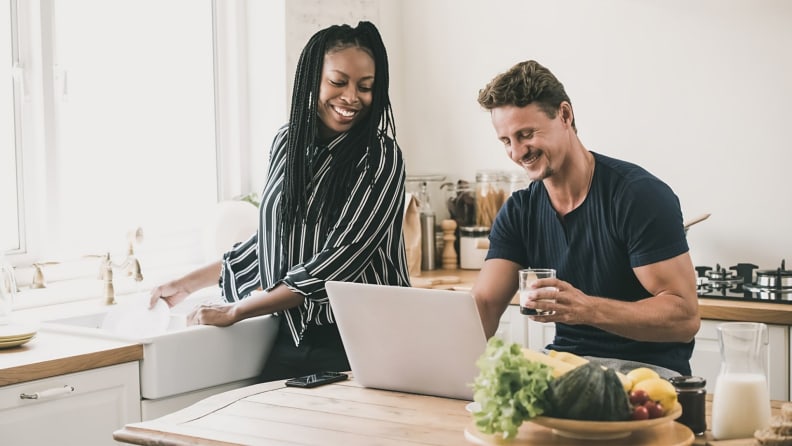 Having a candid discussion about the big picture can really help you see how paying off debt plays into reaching your goals. “You’ll also want to understand each other’s motivations for knocking out your debt,” says Elle Martinez, a podcast host and founder of Couple Money. “It’ll help you plan around those motivations.”

You may be fortunate to be completely in sync, but it’s common to not even be on the same page, Martinez points out. In that case, sit down and try to come up with one shared goal that you both want to hit by year’s end.

“When you each have a reason—whether it’s to open up options like pivoting careers, traveling, having more time for the kids—you’re more likely to stick with your plan,” Martinez says.

Neacato and her husband were motivated to free up resources to travel and visit family. They also wanted the option for Neacato to take a year off from her career as an engineer to stay home with their kids, and to each go on a mini four-month retirement. After their debt was paid off, they were able to accomplish that.

Be mindful of emotional triggers around money 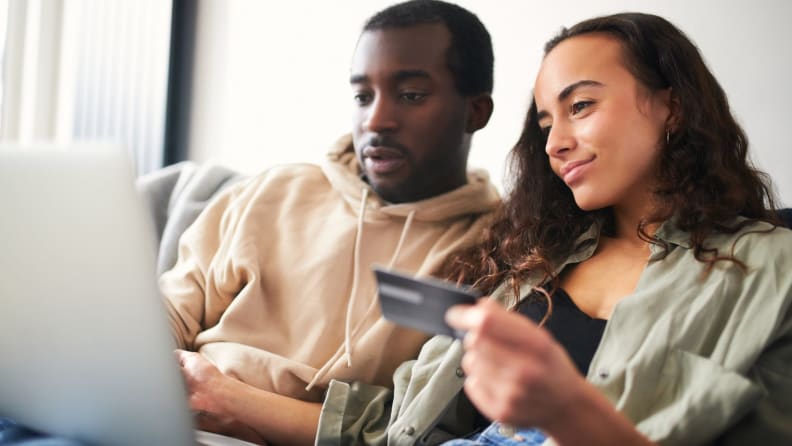 The process of paying off debt may be largely methodical, though it can be hard to talk about given all of the emotions around our finances.

“Finances are difficult enough to handle alone, but when you add an equal partner into the equation, complete with their own set of financial experiences, beliefs, and expectations around money, it seems as if most money conversations are just a time bomb waiting to go off,” says Dr. Alex Melkumian, a financial psychotherapist and founder of the L.A.-based Financial Psychology Center. “When an individual is facing financial stress and economic hardships, they may try to hide it from their partner, or create conflict to deflect their own financial stress.”

“It seems as if most money conversations are just a time bomb waiting to go off.”

For most people, getting into debt is not an overnight event, but a series of choices and behaviors that may stem from impulsive spending, unwise financial strategies, and shame, guilt, regret, and fear, Melkumian explains. “These powerful emotions override our ability to think rationally, and prevent us from taking the necessary action to get out of debt.”

When first broaching the subject, be mindful of any fear, resentment, or contention that might flare up—for you or your partner. Begin by figuring out why you might have gotten into debt in the first place. Sometimes it’s based on the hope that taking on debt will help with financial, educational, or professional advancement. In hindsight, these choices might not be rooted in wise decision-making. Again, money can be highly charged with emotion.

While it might take some time to get comfortable talking about money and your debt in particular, come from a place of understanding, and you’ll eventually get there.

Figure out a payoff method that works for you 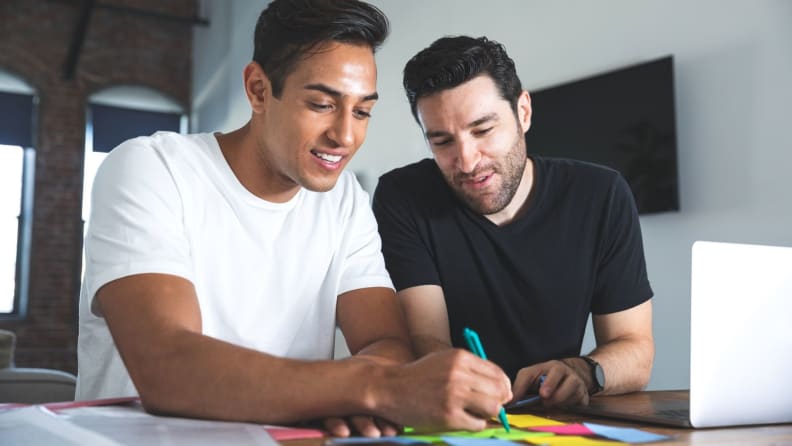 After you’ve reached a place where you can talk more openly about debt, figure out which payoff method you’d like to use. Here’s a brief breakdown of a few approaches:

Order your debt by the amount you owe for various accounts, and start by paying the smallest amount. Once that’s paid off, focus on the next largest amount—and so on—until you’ve worked your way through every account. With this route, you enjoy an early win by knocking out the smallest debt, which can motivate you to stick to the plan.

Tally your debt by the interest rate, not the amount of the loan. Then, start by paying off the account with the highest rate. After that’s paid off, work on the debt with the second-highest interest rate. The main draw here is that you potentially save more on interest fees than with the debt snowball method, though it might take a bit longer to cross off the individual accounts on your list, depending on your situation.

In addition to picking an approach, decide on a timeline. Do you want to ideally crush your debt in three years? Five? 10? From there, you can create a roadmap with how much money you need to set aside.

“Many couples have found that the debt snowball works because they’re getting these quick wins up front, which can give some motivation to push them to build that momentum,” Martinez says. “For couples who are looking at a particular timeline or are more energized to optimize the numbers, they may go for the avalanche approach.”

Use “extra” money to take leaps forward in your repayment 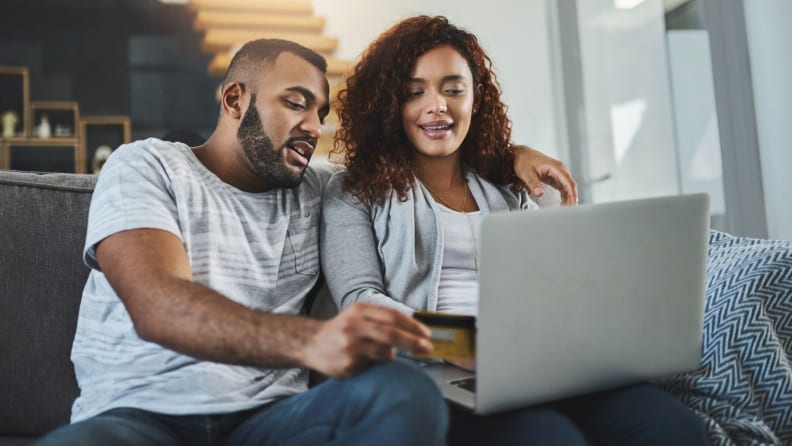 Now that you’ve decided on which approach you want to go with, you’ll need to discuss how you’re going to be able to afford paying off that debt. You may agree to make the most of unplanned income by putting it toward your debt. Did you get a bonus at work? Or are you raking in extra money from a periodic nightshift or overtime? If you expect a tax refund, consider using at least some of it to meet your goals. 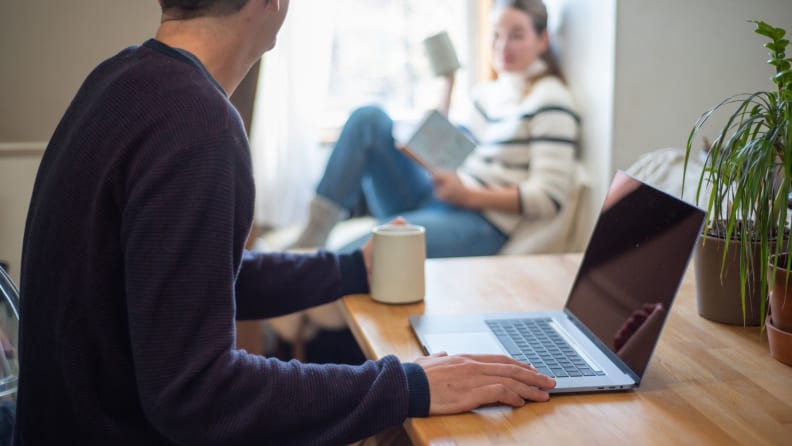 By setting aside time on the regular to check in with your finances and with each other, you can make sure you’re on the same page. “Having a system where both have input and can check in can be a fantastic way to keep tabs on what’s working and what’s not,” Martinez says. “You don’t want resentment to fester on either side.”

Another benefit? Two sets of eyes looking over numbers means stronger odds of catching an error on an account early on.

Decide on a cadence—weekly, monthly, or each paycheck—then commit to these sessions. During the first few money dates, Martinez suggests leaving numbers off the table. “Instead, just focus on defining your goals and why they matter to you.”

It’s tempting, but don’t let fear stand in the way, Melkumian explains, adding you can think of it as a form of financial hygiene. “If you only have these conversations once every six months, there’s a lot of pent-up energy,” Melkumian says. “If you’re addressing these issues on a regular basis, you’re not letting them build up.”

Opening up about your debt situation may be a prickly situation. But in some cases, such as with Neacato and her spouse, paying off debt together strengthened their partnership. “We talk about money a lot now, and paying off our debt has given us more space in our budgets to do things that prioritize our family and increase our financial independence.”