(CNN) – People still don’t like to talk about money, especially their own.

“We aren’t over the money taboo yet,” said Majd Maksad, co-founder of Status Money, a personal finance site that allows users to anonymously compare their finances with that of their peers. “We’re not at the point where people are going to sit with colleagues and friends to talk about how much they make, how much they owe and their credit score.”

Tech leaders on changing how we talk about money 03:15

But increasingly payment apps like Venmo and sites like Status Money are getting people to share that kind of information. And it may not be a bad thing.

Knowing what your peers actually spend and save — and not just drawing your own conclusions based on the fabulous vacations they post pictures of on social media — changes how you spend and save.

“Virtually everyone reacts to seeing what their peers are spending,” said Francesco D’Acunto, assistant professor at Boston College’s Carroll School of Management, “and everyone tries to move to their peers’ level.”

“It is the opposite of Keeping up with the Joneses” D’Acunto said. “This type of intervention has a sobering effect. It happens for people at all income levels and those with high levels of education, people who should know better.”

Helping to break the silence

Any conversation about money is better than not talking about it all, said Dr. Alex Melkumian, a financial therapist in Los Angeles, even if it is just a making a silly joke about “buying back my dignity” or posting a wine glass emoji on Venmo to show that you just repaid your friend for drinks the other night.

“Money is a bigger taboo than sex,” he said. “We have an emotional attachment to money and there is guilt and shame about not being able to talk about it.” 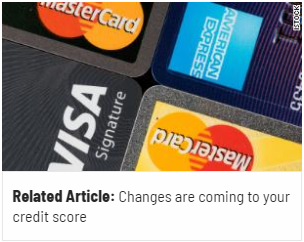 At his practice, which assists people in making behavioral changes regarding the way they relate to and use money, he asks clients to bring in something deeply personal, that perhaps no one else has ever seen: bank statements.

“It is amazing how much you can know about a person and how intimate that feels when you’re reviewing their bank statement with them,” he said. Patterns emerge and there is some relief that they are no longer suffering in silence, he said.

“We can talk about anxiety or poor behavior choices,” he said, “but unless we look at the numbers and see where the money is going, we can’t explore the emotional attachment to it.”

A platform like Venmo, which allows people to directly pay one another often with an emoji-filled description that can be seen publicly, also helps make personal spending patterns more open, Dr. Melkumian said.

“What’s interesting to me is that they could have set it to private,” he said, noting the app has a setting that keeps transactions from being publicly disclosed. “Instead, they chose to put it out there.”

But even if they want to share, they aren’t being totally transparent.

“It is all coded with funny emojis or inside jokes between people,” he said. “Ultimately what they are communicating is that they still aren’t comfortable talking about money.”

How do you compare?

While the conspicuous consumption of those around us can be fairly evident — the neighbor’s fancy new car, for example — we often don’t know the full picture of our peers’ finances, like how much they earn, what they spend on groceries or their debt load.

But Status Money gives you some visibility into those unknowns. The app shows users’ finances, including their debt, savings and spending on things like housing and entertainment, side by side with those of average Americans, as well as those of people who share their age, income level, location, home ownership status and credit score.

In some cases, the comparisons help users know whether they are even in the ballpark of appropriate spending and saving levels and can even influence them to change harmful behaviors or patterns.

“There is a pent up curiosity about ‘How am I doing compared with other people?’,” said Maksad. “There is a little fear. A little competition. A little encouragement to do better.”

A social network on the site places users in a feed with people in their peer group and allows them to anonymously discuss and crowdsource their money questions, troubles and solutions.

“Being able to share this with other individuals and a community, without having to publicly divulge your identity, allows people to get the benefit of talking about money without enduring the personal psychological cost,” said Maksad.

But to get the most out of Status Money, users will need to provide a good deal of personal information — date of birth, annual income, whether they rent or own a home, an address and the last four digits of their Social Security number if they wish to link to a credit bureau report that provides score-related information. The app also asks users to link their bank accounts, credit card accounts and taxable and non-taxable accounts.

The anonymity that Status Money offers makes the social network for finance more feasible, said Maksad. “The social feed works because it is about preserving this privacy. People don’t talk about money on Facebook or post about it on Instagram. This is purpose built for talking about your own finances.”